This project grew out of a practice I began after my father died. I was unable to focus on textiles and needed to create work that didn’t involve stitching. Every morning I read the newspaper. I started to think about the importance of photojournalism. A powerful image can catch your eye as you physically turn each page of the paper. That image often triggers an emotional response and compels you to read further. In contrast, when you read the news on the Internet, you can move from webpage to webpage without so much as a glance, so that random moment your eyes might land on a photograph is lost. Is the impact of photojournalism diminished with the ongoing shift of news consumption from holding the newspaper to viewing a screen? I began to work with newspaper photos. Over time I’ve developed my own photojournalism by merging multiple “lenses” to create an image through hand-cut collage. My goal is to confront the viewer with an image that cannot be avoided with just one click.

In Today's News A visual chronicle of the Trump Presidency.

On January 22, 2017, President Trump’s inauguration I began to make a hand-cut collage Monday-Saturday approximately 5” x 7” from a daily edition of The New York Times. I distill the essence of a dominant theme that emerges from the newspaper as I peruse it. The title is a headline or highlighted text. I follow a set of self imposed rules: I only use scissors not an exacto knife, I do not use graphic or illustrated art, I can use text if it is in a photograph, I can use advertising, I must use images from that day only, and I must fill the space. When the collage is finished I write down the names of each photojournalist’s work used on the back and trim the edges with a rotary cutter, take a photo and post on Instagram. 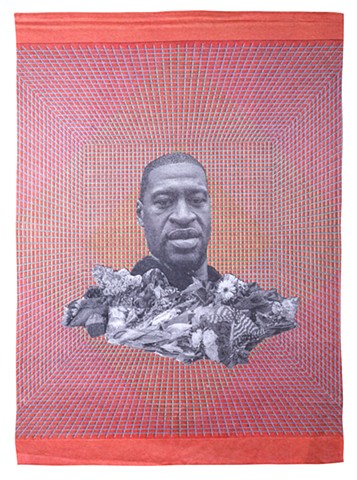 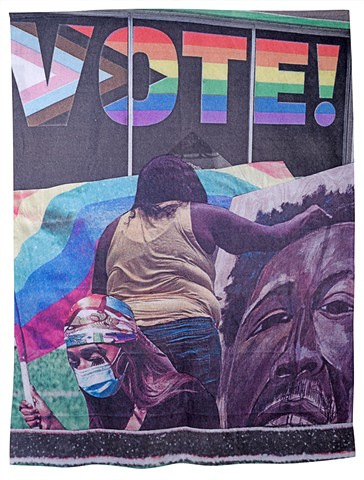 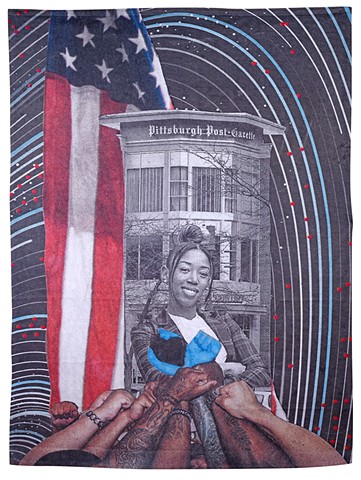 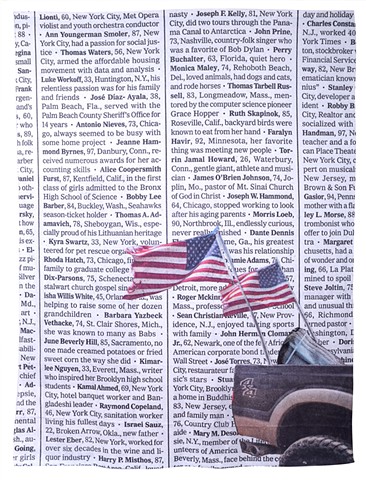 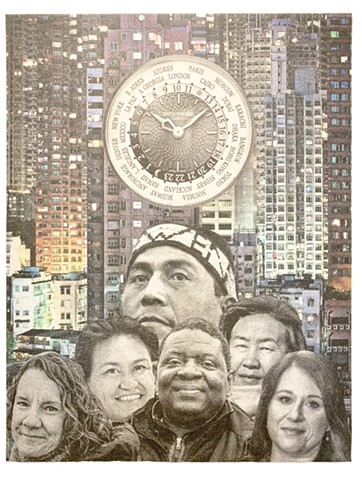 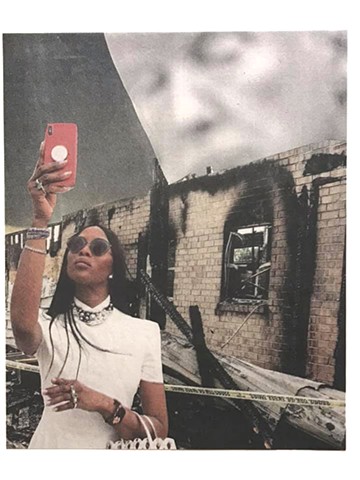 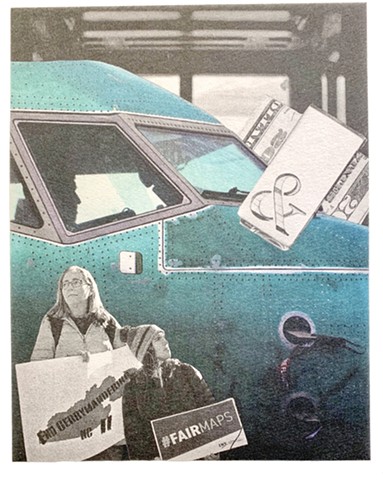 An Opening to Broader Powers for Presidents
25" x 19" 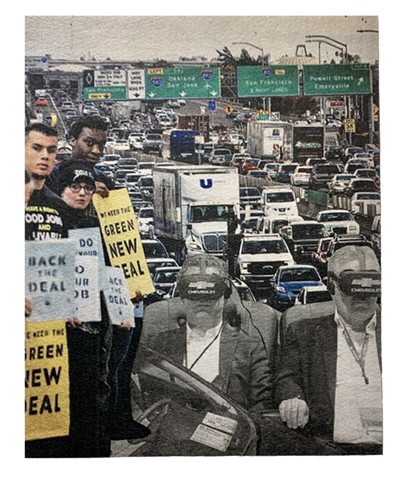 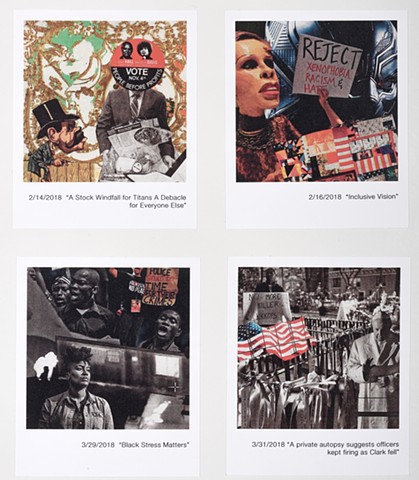 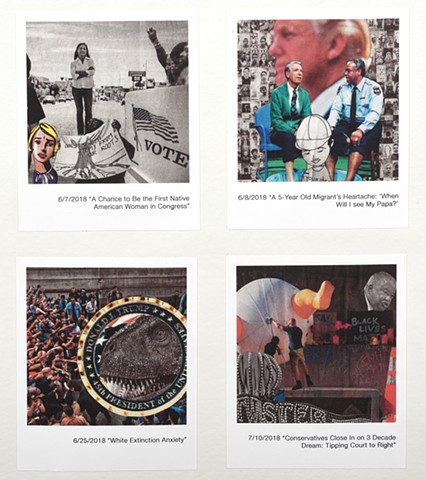 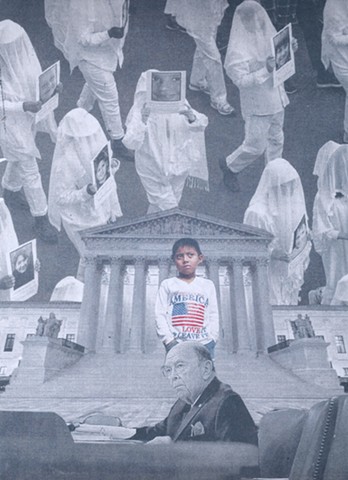 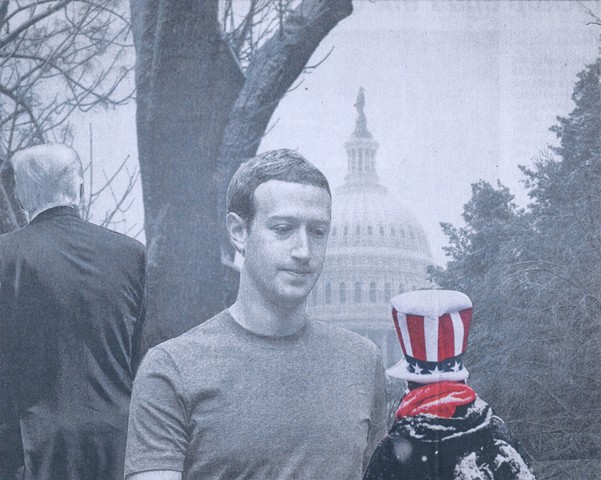 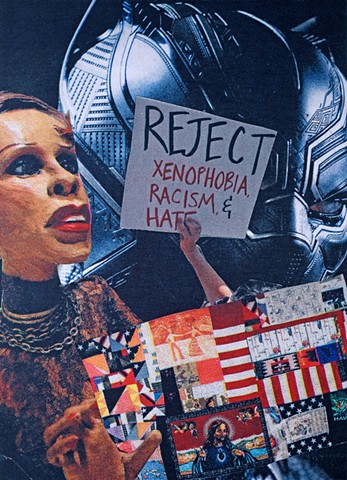 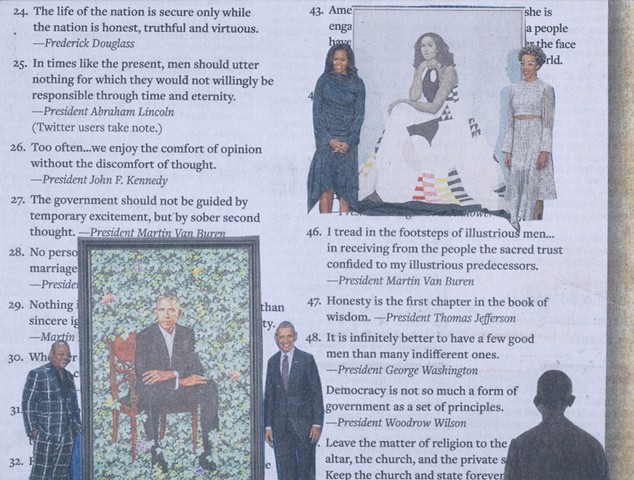 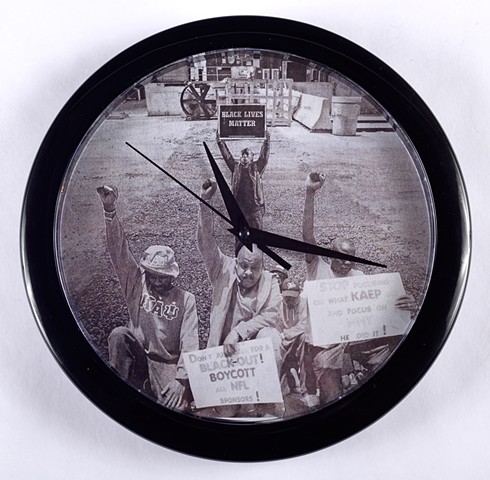 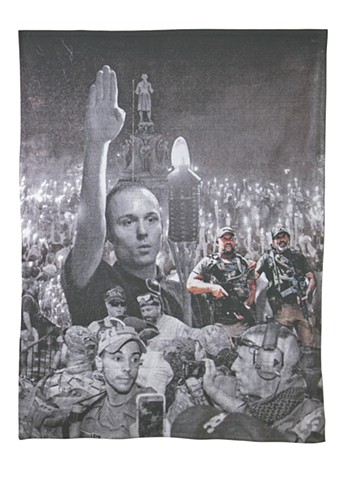 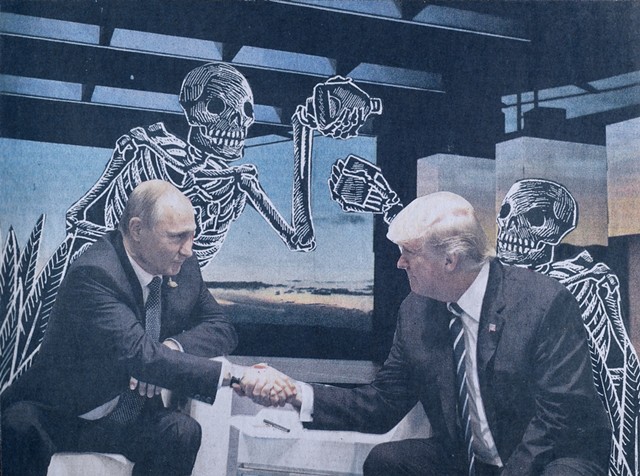 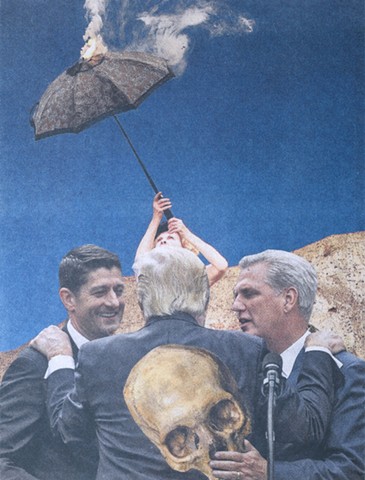 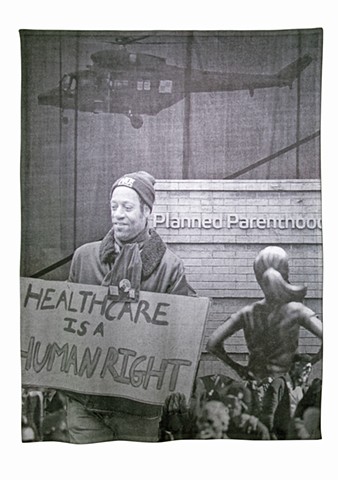 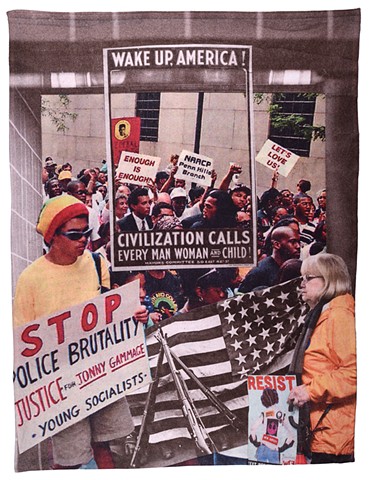 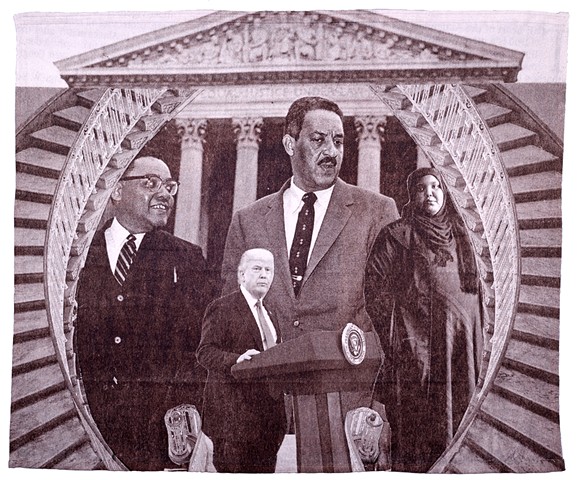 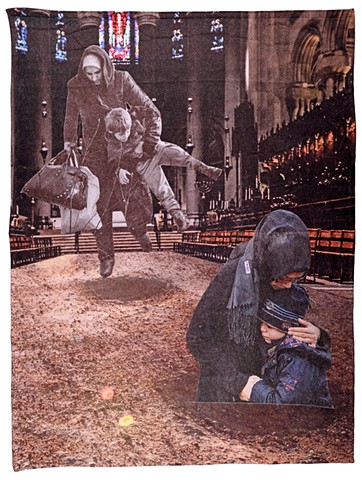 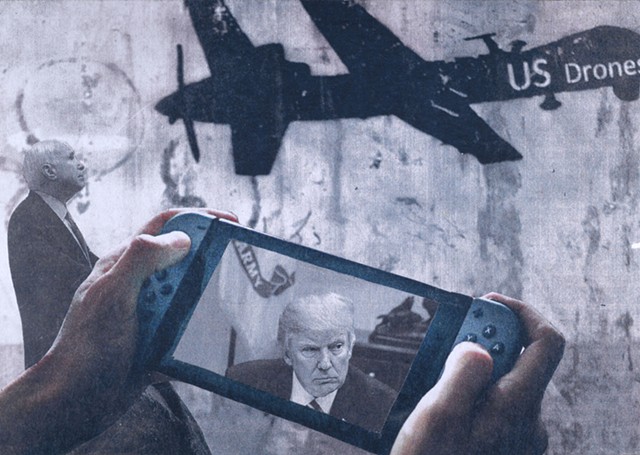 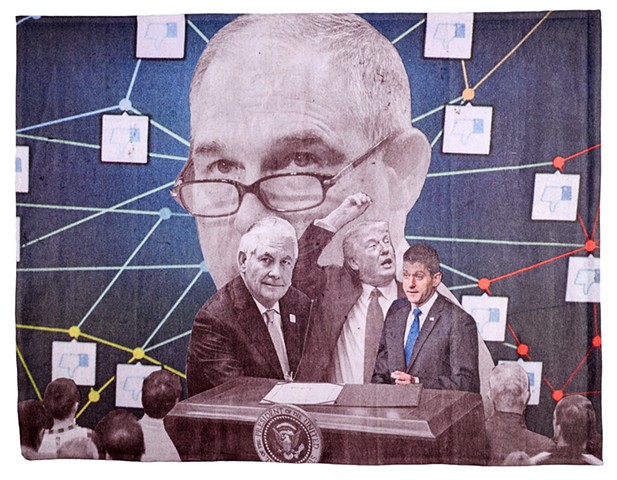 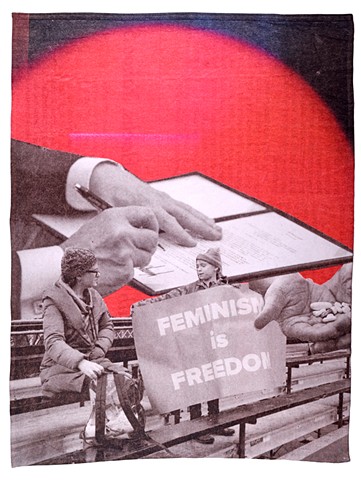